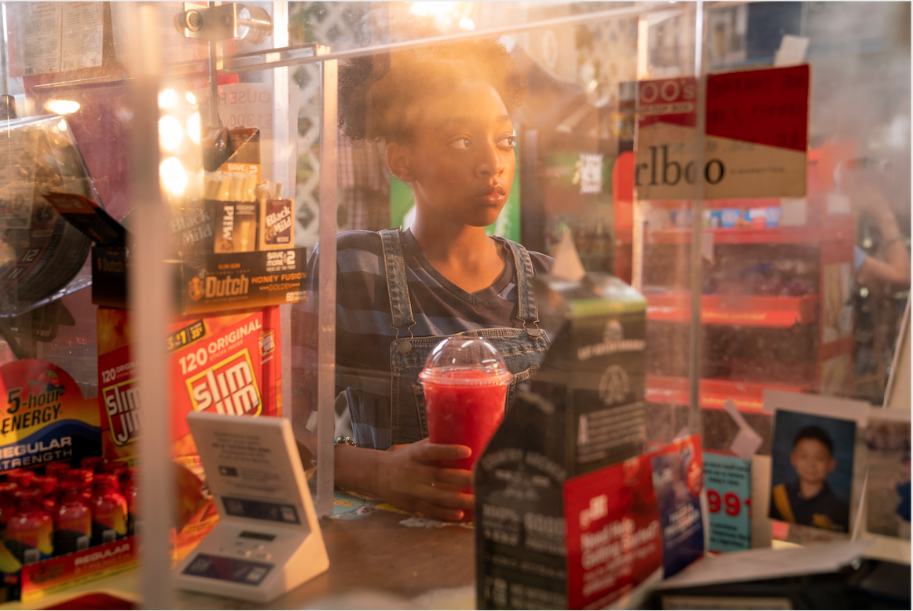 Aisha Ford’s live-action short film Cherry Lemonade focuses on a young girl learning to hold her own in a world that sometimes contains violent men. The film was created with a volunteer crew comprised of 90+% women, women-identifying and gender-nonconforming filmmakers and 50+% BIPOC (Black, Indigenous, and People of Color) filmmakers. This brilliant film will be screening this month at the Oscar-qualifying Tribeca Film Festival in the Juneteenth “Shining Stars” program and Roxbury International Film Festival's "This Is Who I Am" program.

On a hot summer day in a lower-income neighborhood, a black girl learns to take the lead on her own terms.

Director Aisha Ford writes and directs films based on stories from her childhood. Her short films have been broadcast on platforms such as the American Black Film Festival Independent TV series and screened at multiple film festivals including Tribeca. Her recent accomplishments include the Spike Lee Film Production Grant and the prestigious NYU Wasserman Award for her short film Royal. Ford is also the recipient of the British Academy of Film and Television Arts HBO Scholarship. She is a fourth year film graduate student at the NYU Tisch School of the Arts.

The film was produced in the Women in Media CAMERAderie initiative that supports emerging voices, creative talents and untapped potential of female filmmakers. The team was also led by Executive Producer and Line Producer Jane Hare, whose background includes breakthrough programs for MTV, VH1, and PBS. Hare’s projects have received the international Prix Jeunesse Award, an Ollie Award finalist nod, a Cable ACE nomination, and numerous Telly’s. She is part of a dozen award-winning short films such as The Forgotten Place and Throw Like a Girl and feature films The Samuel Project and This Side or the Other.

Producer and Casting Director Katie Pyne has worked as a producer at Discovery Science Channel for shows such as Prophets of Science Fiction with Ridley Scott. She has also received multiple CINE Golden Eagles, an Edward R. Murrow and an Imagen award.

Executive Producer and Co-Producer Nadine Naidoo is an actress and director, known for Melodrama, Irresponsible and Repentance. Nadine's credits also include Spirit Sundae and the Spirit In Action documentary series.

Cinematographer Angelia Sciulli is currently working as a camera operator on the feature film A Lot of Nothing. Sciulli worked on Netflix’s Dating Around, MTV’s Siesta Key, the indie feature What Lies West, and she has lensed numerous narrative shorts, including Watermelon and Whale, Hello There.