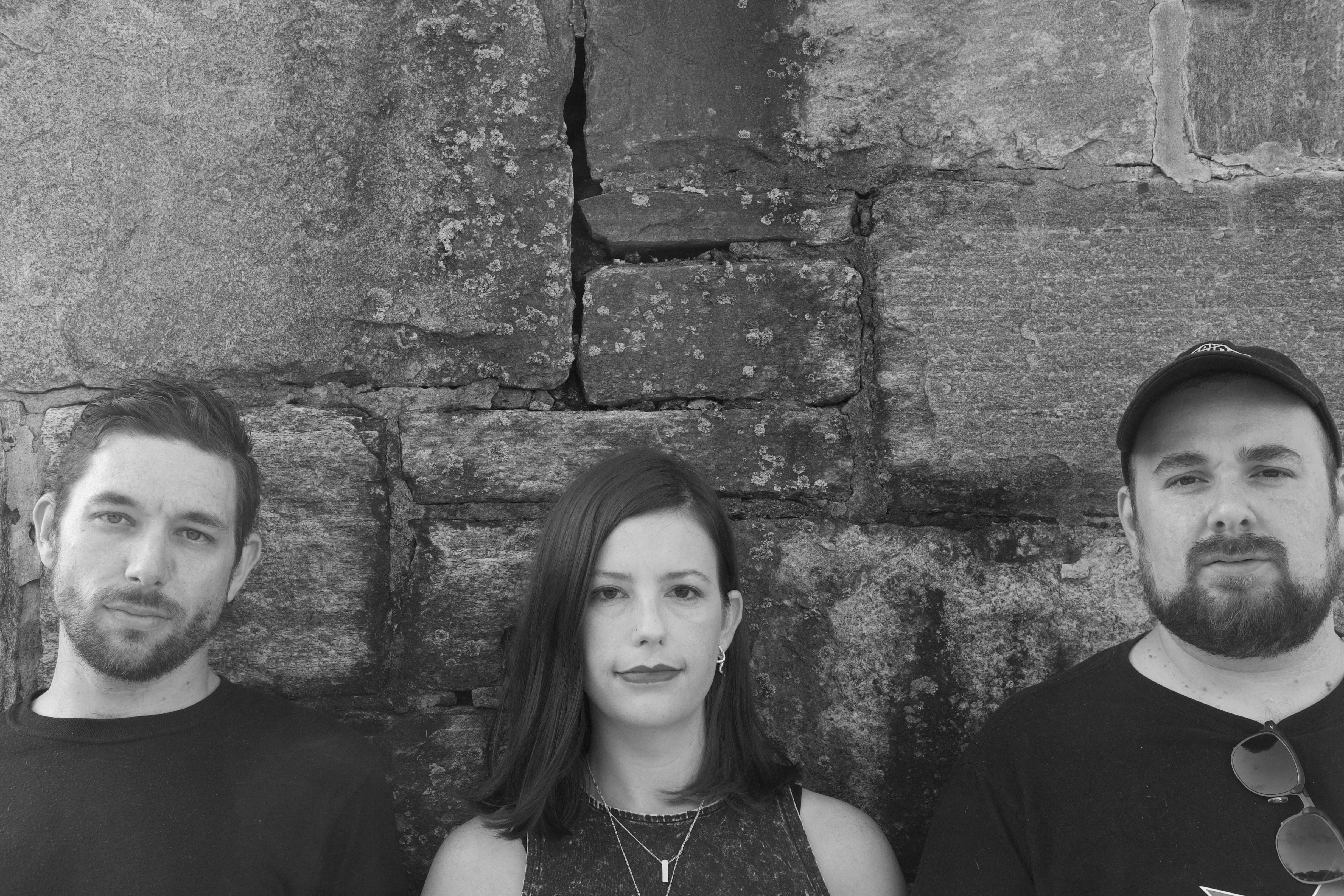 Dr. Martino is a high-energy power pop trio influenced by 60s garage and surf, old school punk, and alternative rock. Sharing songwriting duties, Amy Shaw and Simone Puleo compose sharp guitar and vocal-driven pop songs, propelled by the booming, wild drumming of Mike Kaminski. The music of Dr. Martino rifles through a gambit of genres, and the lyrics from song to song evoke a spectrum of emotions and moods, from humorous to melancholy, nostalgic to forward-looking. Today, they debut their heavy hitting new album, No Outlet.

Dr. Martino first saw the light of day in 2014 with the release of their debut EP "Big Day." In 2016 we saw the band join the release "Calligrams", a compilation with fellow Connecticut artists Spectral Fangs, Terrible Roars and Ghost of Chance. Their follow up EP "Caving In," released in 2017 also made a big splash. We are excited to chat with the band on the release on “No Outlet,” out via Bandcamp today.

With your new single "When You Want It" when writing the new track overall, what was your inspiration behind it? What drives you musically?

The song is about fair-weather friends, about dealing with flakiness and unreliability. I was doubting whether certain people would be there for me if I needed it. There's an autobiographical element too, though, as with most everything I write. It's also about confronting that uncertainty in myself and perhaps seeing it reflected in others.

When creating and penning your latest song, what artists or influences did you channel?

The artist I was channeling most in this song is probably Paramore. Hayley Williams’ style is energetic yet also precise, which is something I deeply admire and try to emulate. There are also more indie influences in there too, like Alvvays and Guided by Voices. Overall, pop punk and garage rock will always be my biggest inspiration—just like those artists, I aspire to be loose and carefree, writing music grounded in pop structure and hooks.

You seem to be very hands on in the process of your music and songwriting which is GREAT! Can you walk us through the process for the latest single?

There are two principal songwriters in our band, and usually one person composes most of the chord progression and lyrics, which was me (Amy) this time. Once I have a basic structure, I bring it to the band and we collaborate. Sim helped with the lyrics for the bridge, Mike worked out a drum part, and Sim wrote a bass line. But at every moment through the process, we’re always giving each other feedback and rethinking the arrangement. The songwriting process continues into the studio, where we work out little things like harmonies and of course, mixing, with our engineer.

When you have a concept for a song, how do you execute it? What comes first?

I would say for me, guitar always comes first, followed by vocal melody. I often play with vowel sounds during this stage—for instance, I know I want an “ah” sound at a certain part, and I know how many syllables I want there, even if I don’t have lyrics yet. I’m a words person; the sound and rhythm of language in a song are really important to me. And then all the sudden, the exact phrase I want shows up in my imagination. I take that phrase and play free association to try and work towards a theme to build the rest of the song around.

With the new music in tow, how does the song differ from your prior work? Or does it feed into a new realm for you as an artist?

This song and the rest of No Outlet, our new album, is more aggressive than music we’ve written in the past. It’s heavier, especially some of the songs I’ve contributed. We still rely on pop structure, which I think will always be the case, but we’ve tried to push beyond that in this record, adding more layers of complexity and more ear candy.

With things opening up a little bit now, does the band have any upcoming live shows at the moment?

We are playing two shows this month: November 19 and 20, a back-to-back album release weekend. Our first show is at Scottish Dave’s Pub in Clinton, CT, and the following night we are playing at the Oasis Pub in New London, CT.