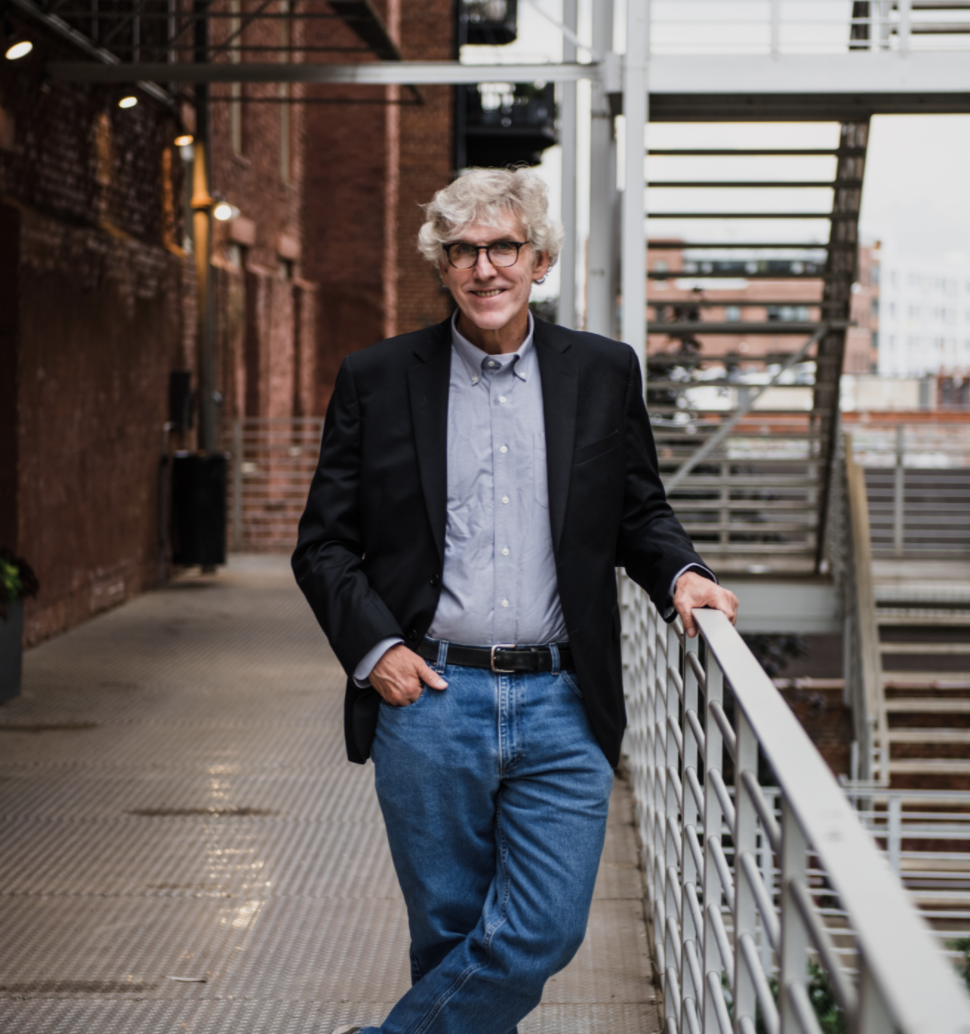 To say that Alan Goins is a hopeless romantic is an understatement. This rising singer/songwriter is here to share his passion for music with romance. His album, By the Moon, contains nine songs, each carrying their own story of the women he never met, the girl he was never able to find, and the soul mate who didn’t appear. “Every song is heartfelt, but while singing, I never see the girl's face,” says Alan. “She's always in a fog, like in a movie. But she's there. At least in my heart.” With a sound similar to Garfunkel and Paul McCartney, each song is full of hope, longing, and love.

The first track on the album, “Throw A Kiss” is a gentle acoustic song about longing. Everyone is looking for someone or something in their life and “Throw A Kiss” is a story about hoping that the other person is there and waiting for you to arrive. His next song, “Rainy Smiles” was inspired by Alan’s observations of people in the park. He says that this song was “written while walking my dog at Lakeshore Park in Knoxville. Lots of pretty, smiling faces. But when it starts to rain, people head for home. It's that way with people. Given the choice between someone with a fresh new smile, and a girl with a few tears underneath her eyes, I'd pick the one who had been through pain in her life.”

By far his most interesting song is the album’s namesake, “By the Moon.” This song is a story about a King who has everything in the world except love. He looks out his castle window and sees a peasant girl and sings “she’s the love I long to find.” Of this narrative-like song, Alan says “Sometimes, I think the girl I was meant to meet lived 700 years ago, in some far away land. She wasn't inside the castle walls. Just a peasant, who lived outside of the protected area. The girl I would have loved. I've heard of stories where the King is willing to give up everything for the right girl. This song speaks to that kind of love.”

Alan isn’t always hopeful in his songs. “If I Fall in Love with You” is slightly darker for Alan as it questions if falling in love with someone is worth it. If it’s going to end, what is the point? This song is more jazz inspired with his acoustic base, like the uncertainty of jazz mirrors the uncertainty of relationships. You never know what comes next and is it worth it to go into it not knowing what’s to come. Which of course takes us to his other song “Jump Ahead.” This song has the synthetic sound overlaying his acoustics and suggests that every relationship is synthetic to start. You’re both “cute” in the beginning but realize a year later that something is missing. He wants to jump ahead to find out if it will work or not to avoid the pain and wasted time.

His next two songs question two separate types of women. In “Girl Across the Sea,” he reminisces about an English girl he once met on a beach long ago and wonders what she’s doing. He sings “I wonder where she is. Did she find the life she dreamed of?” The piano overlays his acoustics giving it a sense of awe. Contrast that with “Pretty on TV” where he questions who a woman really is. He sings “Are you only pretty on TV? Is your heart as pure as it seems?” He’s asking if she’s real or if this person she presents herself to be is a character. This one has backup vocals, almost like the insecurities and voices in his head are present and asking if this girl is who she says she is.

Alan Goins is a master story teller and creative songwriter. You won’t find his sound anywhere else. His absolute vulnerability and openness is unmatched by any other artist. You can hear his passion and love for music in his songs. “This album centers around women I never met,” says Alan. “These songs are about the girls that didn't ‘marry their best friend.’ These songs are for the guy and girl who were born 500 years apart. This album is dedicated to the flowers that bloomed in Autumn.” You can listen to By the Moon on Spotify and Apple Music now.