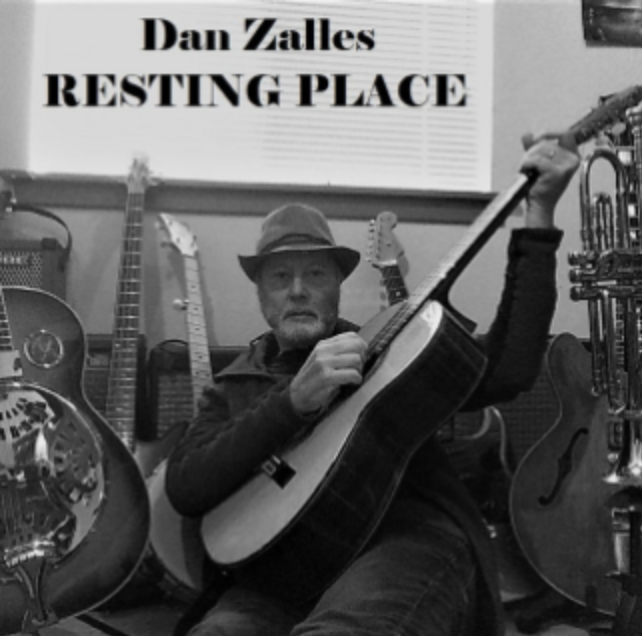 Dan Zalles is singer-songwriter, video producer, guitarist, bassist, trumpet player and key member of multiple bands. His love of music has brought fans on a new adventure with his most recent album entitled Resting Place.

Dan graces us with a pandemic album, which was mostly written and recorded during Covid, and survived virtual collaborations and socially distanced studio sessions.

The album is an honest reflection of these trying times, but also a beautiful escape from the hardships. The album is loaded with versatile sounds and tracks, like instrumentals such as “Rain or Shine", which just so happens to be our favorite track. Zalles explained that he was inspired to create this track while watching the rainfall in his garden, basking in the comforting realization that he didn't have to go outside of his own space to appreciate the beautiful little slice of nature.

Dan is also an avid collaborator in the music scene, and made sure to have composer, producer and film music supervisor, Marcus Barone lend his skills on this record as well.
This 1960s New York sound is laced with traces of Americana and Folk, and leaves listeners feeling like they should be sitting in a smoky bar sipping on the world's finest brandy.
The tracks on Resting Place, sit at the intersection of Americana blues and classical jazz with an essence of familiarity yet modern versatility. For the title track, one lyric stood out to us most, Zalles sings “It ain't pleasure, it ain’t pain…”

The album, as a whole, encompasses everything you'd want to hear in a multifaceted artist and allows us to travel through his musical journey, especially life as a musician in a pandemic.
Connect with Dan Zalles here