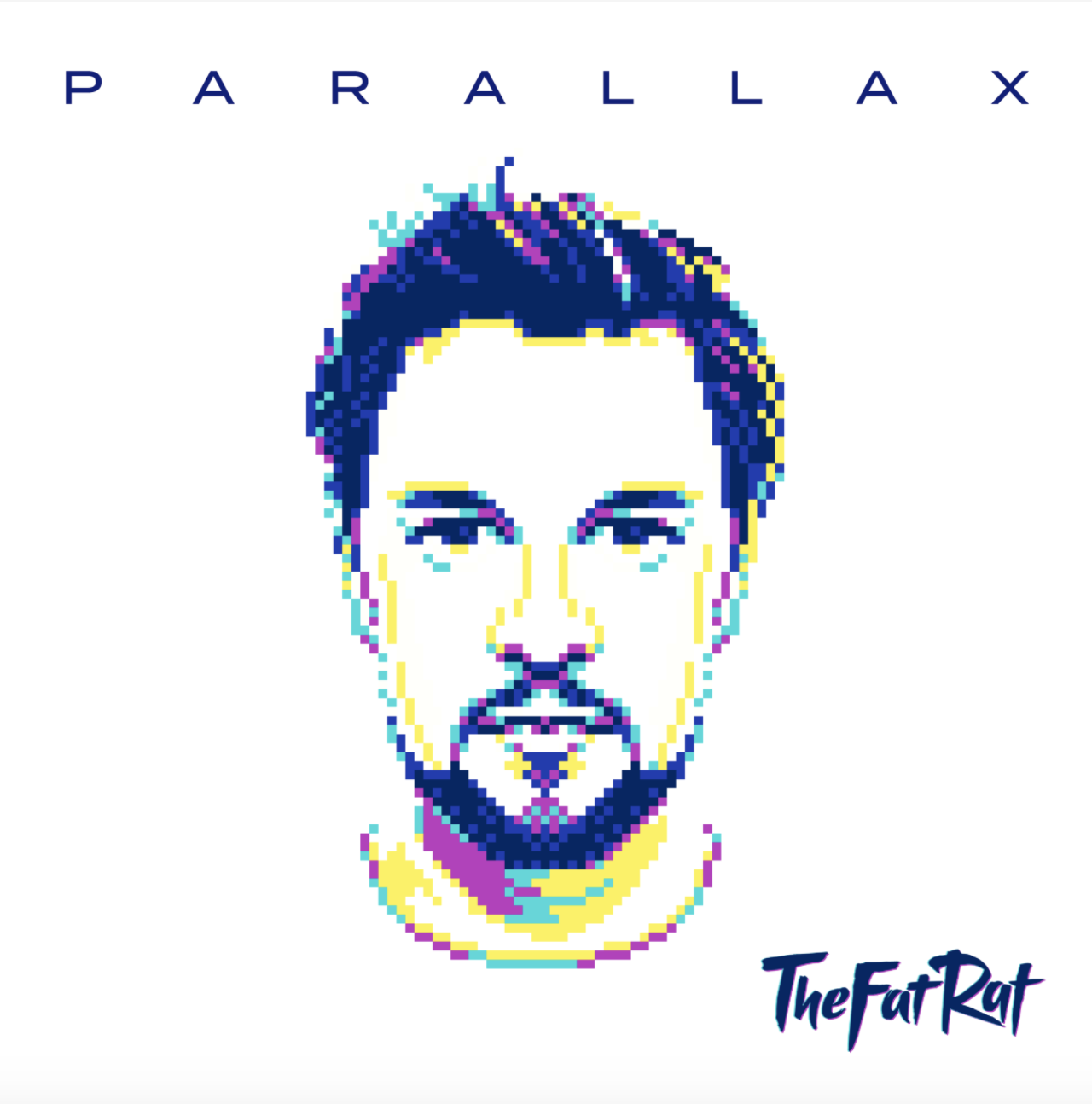 Known for having his music sync-to-screen for many widely popular video games such as Dota 2 and Rocket League, German producer TheFatRat is the flagship musician for video games, tech and gaming culture. He’s the go-to artist for Esports brands like ESL and Dreamhack, and his sound, which Billboard Magazine has coined as “wildly energetic and genre-bending electro,” has earned him a massive legion of highly interactive online fans, over 2.2 billion streams on YouTube and Spotify, and over 5.6 million YouTube subscribers.

“Parallax is an effect that, simply spoken, describes how things look different depending on where we stand. The metaphorical meaning of parallax is one of the most fascinating things in life for me. Often we are not aware that the reality that we perceive is a result of the position that we look from,” TheFatRat continued, “We are not even aware that we are looking from a certain position. We think we see things as they are and then we are surprised when other people see them differently. The solution is not to insist on our perception but to take the position that we look from into account. The album is about how things change depending on how you look at them.”

“Let Love Win” is about the characters finding out that they fought against each other and the pain and love in this moment of realization. The realization that we sometimes fight against people we love and how much more sense it makes to be kind and bring love to the world instead of hate. Featuring the Chinese plucked string instrument, the Guzheng, which you can hear from the beginning through the entire song, with a string ensemble and some retro synthesizers, the album’s final single displays the culmination of TheFatRat’s artistry and an uplifting message.

Anjulie is a Juno award-winning, platinum-selling, Canadian, Guyanese, Indian, singer/songwriter, and producer from Toronto. She has written and collaborated with Diplo, Zedd, Kelly Clarkson, Nicki Minaj, Lady Gaga and Natalia Lafourcade, Phyno Fino and Kshmr to name a few. Her music has been featured on HBO, ABC, NBC, and MTV, and she received an MTV Video Music Award Nomination for "Best Breakout Video of the Year". She has 2.1 million monthly listeners on Spotify with American and international fans everywhere from Baghdad to Brazil. In 2021 her single “Where The Love Goes” had 42 million streams on Spotify alone, and currently, her song “Fly Away” with TheFatRat has over 250 million streams across platforms.

TheFatRat has been releasing one song every week from his debut album, PARALLAX, and hosting interactive Discord chats afterwards with collaborators and thousands of fans. “Let Love Win” is the tenth and final track the influential Gaming Music artist has unveiled. The artwork and lyrics from PARALLAX tell their own cohesive story filled with imaginative characters and fantasy settings that have been referenced in his past projects, with each single sharing new chapters of the story. This lore is a huge interest for his rabid fans, who speculate wildly on online forums about the meaning of each release and guess what’s coming next.

The album’s first single released July 9th was “Hiding In The Blue'' featuring powerful vocals from Dance Pop singer-songwriter RIELL. The opener of his debut album was a continuation of the main character’s story from TheFatRat’s previous songs, “Close To The Sun” and “Stronger.” After experiencing many physical injuries and mental hardships, she retreats herself to her comfort zone and reflects on her past. “Hiding In The Blue” has already accumulated over 8 million streams across platforms, received National radio airplay on SiriusXM BPM, and received favorable reviews by publications like Flaunt Magazine, Pop Culturalist, and EDM Identity.

“If you’re at all in the gaming world, you’ve probably seen the name TheFatRat or heard his music.” - FLAUNT Magazine

The album’s second song, “Arcadia,” contrasts with the melancholic mood of the first track of the album as it is filled with cheerful tunes. As RIELL reminisces in “Hiding In The Blue '' about Arcadia being a place she once called home, it is no surprise that the track is more light and upbeat. RIELL returns to sing about Arcada being shaken by a war in “Pride & Fear,” the album’s slower-paced third song which demonstrates TheFatRat’s versatility and RIELL’s incredible vocals. The fourth offering, “Upwind,” is about saying goodbye to her love as he embarks on a journey to war and the sense of adventure he feels as he marches forward. “Our Song” picks up as the tranquility of Arcadia has been shaken by war and the partner of the protagonist has left her to fight, leaving her hoping that he will return safely. In the time since “Our Song,” after a mecha had destroyed the home of the protagonist, she boards her own mecha which is even bigger and stronger. She chases him down and gets into a fight, where both robots are destroyed.

Every song on PARALLAX is free to use on social media for creators and source material will be made public, true to TheFatRat’s ongoing tradition of freely dispensing his songs and their stems to help inspire the many dedicated content creators and empower their passionate projects. This forward-thinking approach has led to him having been featured in 25 million YouTube videos from a range of different content creators - accumulating over 30 billion unique views on the platform. Due to the success of these actions, he’s become a leader in the independent music community and an expert on how technology has changed the music business.