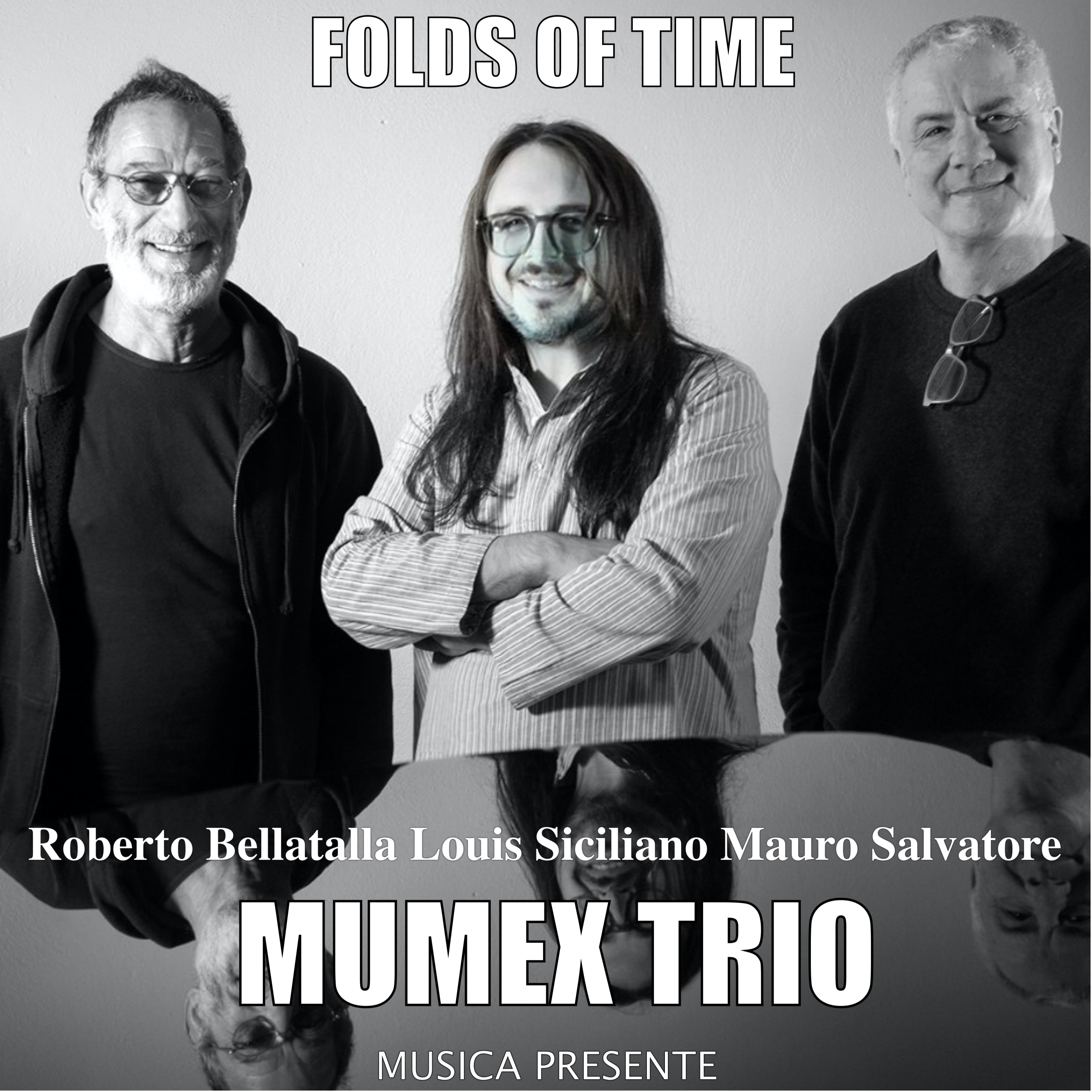 Rising from the ashes of a distant sonic force, a vocal reaches out to us, harmonizing with a piano’s discordant melody as though the two were always meant to be joined in this disjointed rhythm. We’re in the arms of a dark track in the form of “The Legend of Mansa,” one of my favorite songs from Mumex Trio’s Folds of Time, and much like its three counterparts in this abbreviated studio album, it’s capable of casting a spell over its audience with little effort. Even at conservative volumes, this is a record intent on getting a gut reaction from anyone within earshot.

The lush tonal presence of the piano in “La Roue De La Fortune” compensates for the rollercoaster-like structure of the song, which is at times both nauseating and impressively virtuosic, depending on the twist in the beat. It takes delicate handiwork to make the complexities of this material come off without a hitch, but in bass-heavy segments of “The Legend of Mansa” and even “Traveling with Wayne,” there’s still an element of force present in the arrangement, introducing a bit of urgency where it would seem the band is about to slow down. These three players know each other, and more importantly, how to make an incredible - albeit cerebral - harmony when needed.

I really appreciate the percussion and the piano play throughout the whole of Folds of Time, but without the double bass kicking us in the butt around the title track and “La Roue De La Fortune,” I don’t know that the backend of this mix would have the kind of physicality it does in this incarnation. There’s nothing in the world wrong with implementing musical excess when you’re working with the rare breed these artists in Mumex Trio are, and they celebrate this fact without exception in this debut record together.

As complicated as the multilayered construction of this material tends to be, it definitely makes the need for traditional lyrics quite obsolete in “Traveling with Wayne” and the title track in particular. Verses would have come between the players and their audience, if not confused the central narrative within the music, which is expressing through observation and improv exclusively. This says a lot about who these musicians are, and what they stand for both as a collective and as individuals contributing to the long, inelegant history of the jazz genre.

When I listen to experimental music, I want something that’s equally immersive and stylish, and Folds of Time is essentially everything I look for in this regard. Mumex Trio brings together three provocative artists who don’t have much interest in playing by the rules, but for all of their disdain for the mainstream model, they share a respect for what they’re doing that a lot of their contemporaries in and outside of the jazz and classical communities could learn something from. Folds of Time is everything its title would suggest, combining both historical concepts and wildly different ones at the same time, and I think it’s worthy of all the hype it’s attracting and then some.