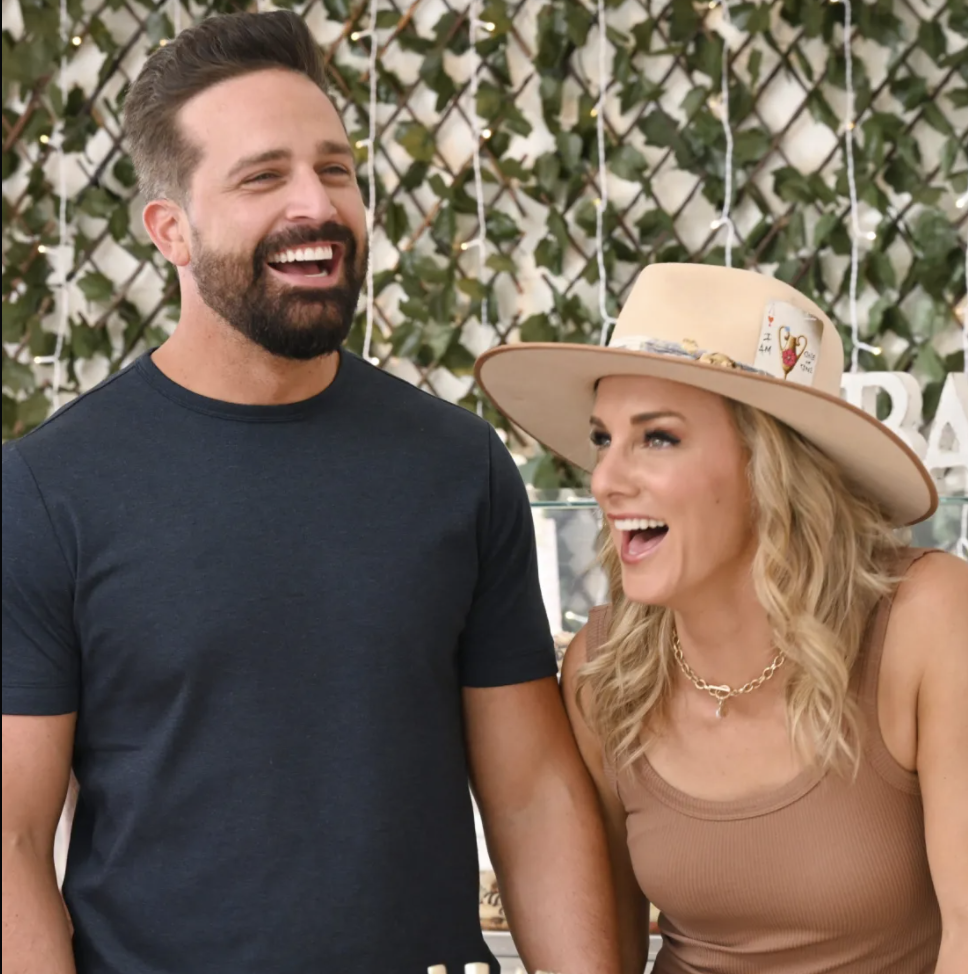 American entertainer and thriving internet sensation ADLEY saw her wedding-based interactive series go live to her 100+ million weekly viewers across social media. Viral stars Adley and her fiancé Blake Kinsman have decided to show up to their wedding day, having not planned one single detail! They are allowing their fans, friends, and family to choose every element of their wedding and will share their unconventional journey to the altar in a new interactive digital series titled Internet Takeover: Wedding Edition. The zany, yet touching, limited series documents Adley and Blake’s attempt to discover the true meaning of marriage by giving up complete control of one of the biggest days of their life.

Brought to you by Big Buckle Productions and The Nice Kids, in association with Bunim Murray Productions, and produced by content powerhouse Shareability, the digital series will be available on the official series website, Facebook, and Instagram. New episodes will launch every Tuesday at noon Central time leading up to the surprise wedding.

With a premise that’s internally simple and externally complicated, weddings can take on a life of their own once they are announced. In the midst of a highly commercialized wedding era, this bride-to-be decides to show up on her wedding day having not planned a single detail. To her, as long as her fiancé is there, the details don’t matter. The location, the dress, and even the date have all been picked by her comedic band of friends who know her best, along with the internet, weighing in on every detail along the way. Internet Takeover: Wedding Edition is an emotional and hilarious observation of one woman’s blind journey to the altar in an ode to discovering the true meaning of marriage.

About ADLEY
Adley is an American entertainer based in Nashville, Tennessee. She is best known for her comedy and lifestyle videos on social media, averaging over 100 million weekly views on Facebook and Snapchat. She has appeared on The Voice, NBC's Today Show, Rolling Stone and has been interviewed by several celebrities, the most recent being Lori Greiner from Shark Tank. Adley has partnered with brands such as Land Rover, Kroger, TikTok, Nissan, Marriott, Southwest Airlines, Children’s Miracle Network, FabFitFun, and more.

Adley gained national popularity from her time on The Voice Season 1; however, the majority of her following accumulated after a video of her sitting in the bathtub with her pet chickens went viral, capturing over 19 million views in 24 hours. From then on, Adley and her friends are known for their comedic videos that live on the internet.

About The Nice Kids
The Nice Kids (TNK) is a start-to-finish creative consultancy and production company that specializes in total creative solutions for television, film, live event production and theater. Through carefully curated projects and industry relationships, TNK delivers high-quality, best-in-class experiences for audiences and partners.

Shareability takes a Hollywood approach to brand building that operates on the belief that brands of the future can no longer interrupt your entertainment, they need to be your entertainment. Powered by a next generation storytelling engine, they reinvent how brands are built in our noisy, digital age, by driving massive engagement and growth for some of the biggest brands and celebrities in the world. By helping brands speak the language of their audience, Shareability helps deepen engagement, build resonant communities, and drive people to take action.

Since its inception, Shareability Studio has unleashed some of the biggest blockbusters on the internet, driving over 5 billion views and 50M shares for some of the most notable names in the world including: Pepsi, Adobe, AT&T, MARS, Cristiano Ronaldo, Dua Lipa, John Cena, and Tim McGraw.

Bunim/Murray Productions (BMP) is a leading producer of innovative entertainment content and is widely credited with creating the modern reality television genre with its hit series The Real World (MTV). Bunim/Murray continued to innovate with the first reality game show, Road Rules (MTV), in 1995; the first reality sitcom, The Simple Life (E!), in 2003; and the first reality soap opera, Starting Over, in 2003. The studio has produced Ball in the Family (Facebook Watch), Endless (Snapchat), Total Bellas (E!), Keeping up with the Kardashians (E!), Crystal Maze (Nickelodeon), Bill Nye Saves The World (Netflix) and Emily’s Wonder Lab (Netflix). The studio’s current programming includes The Real World Homecoming: Los Angeles (Paramount +) Like Mother, Like Daughter (Discovery+), Born For Business (Peacock) The Challenge (MTV),  The Challenge All-Stars (Paramount +) Miz and Mrs. (USA Network), Family or Fiance (OWN) and Surviving R. Kelly(Lifetime/Netflix). BMP, through BMP Films, has also produced Transhood (HBO) They Call Us Monsters (PBS), Valentine Road (HBO), Pedro (MTV) and the Emmy Award-winning Autism: The Musical and Autism: The Sequel (HBO). Based in Glendale, CA, the company was founded in 1987 by Jonathan Murray and the late Mary-Ellis Bunim, who were inducted into the Television Academy’s Hall of Fame in 2012. Bunim/Murray Productions is a division of Banijay, the world’s largest international content producer and distributor.