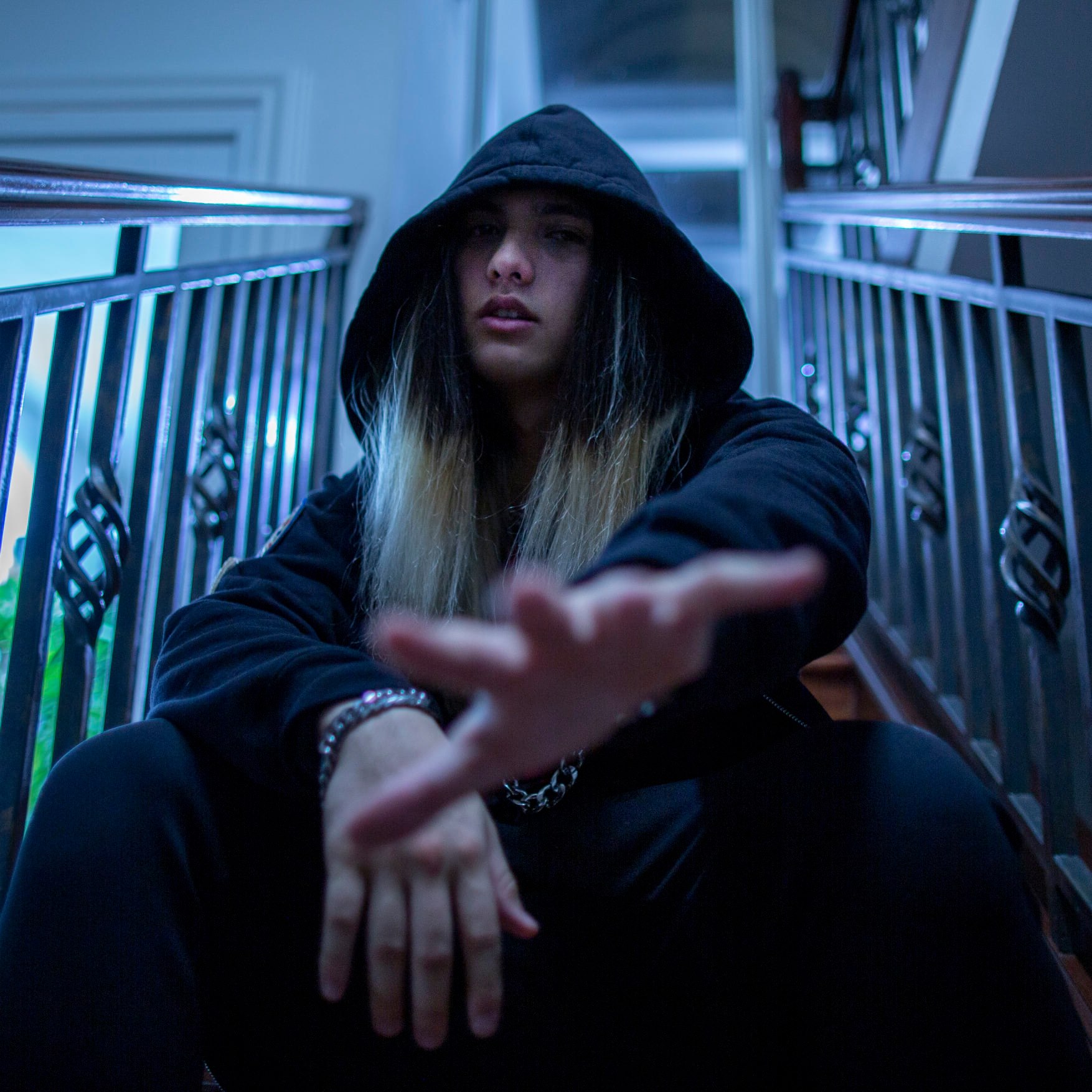 Rapper, Dici’s, newest single is curiously,  and simply titled, “u n i.” Actually, describing Dici, solely as a Rapper, is a bit of an underrepresentation. He’s actually a Model, and Entrepreneur, and a Producer, as well. His first hustle came when he was in middle school. He designed sneakers for his classmates, with little more than some markers and stickers, but of course, it worked.

To call Dici an overachiever, might be something of an understatement. He speaks 3 languages, and is obviously, well-traveled. His music mostly stays within the parameters of the modern Hip Hop zeitgeist; or late-teen musings. Nevertheless, Dici has shown exceptional craftsmanship when it comes to his songwriting. He doesn’t fall back on many of the overused tropes of the genre, and likes to approach things from a fresh angle and perspective.

On “u n i,” we get Mariachi guitar, quickly truncated by a sudden, percussive explosion. Dici then floors it, and tries to break his own record, for most words uttered, within a single verse. The song essentially mirrors the soft/loud dynamic, that was prevalent amongst Alternative acts, such as The Pixies, or Nirvana. The difference is, Dici opts to not overuse the formula. Conceptually, “u n i" is certainly left of center, but it has a few glaring issues, that keep it from being an all-time classic Diciism.

The mix on “u n i" is slightly eschewed, which is not exactly atypical for a Dici track. By all accounts, Dici is self-produced, and his work is more often than not, meticulously edited. The tracks seem to be just a touch off, here, which is fine if it’s not apparent to untrained ears. The problem is, is that  it’s somewhat glaringly obvious. There is the possibility that this is exactly what the artist, intended, and if that’s the case, kudos to him for adhering to  indie ethos. Hip Hop isn’t always a genre that is known for its humility, and Dici is an unlikely candidate to initiate such a movement. As they say, there’s no better time than the present.

Overall, “u n i" is certainly a memorable track. It’s the first time that Dici has attempted something, so experimental, and for that, he should be applauded. Cringey suicide references, aside, Dici occasionally strives for more depth, lyrically, here. There’s about as profound self-reflection as you can expect from someone, his age.

Artistically, Dici continues to push the envelope. This single, is indicative of his creative fearlessness, and his insistence when it comes to becoming a more fluid and well-rounded artist. Don’t let the hyperbole fool you. Dici is determined to have fun, but he is DRIVEN to be great. “u n i,” sets a precedent, going forward, that Dici is not to be underestimated. He has systematically created anticipation for each subsequent release, and his reputation continues to expand. From selling sneakers to classmates, to making magic in the studio, Dici isn’t slowing down, anytime soon.