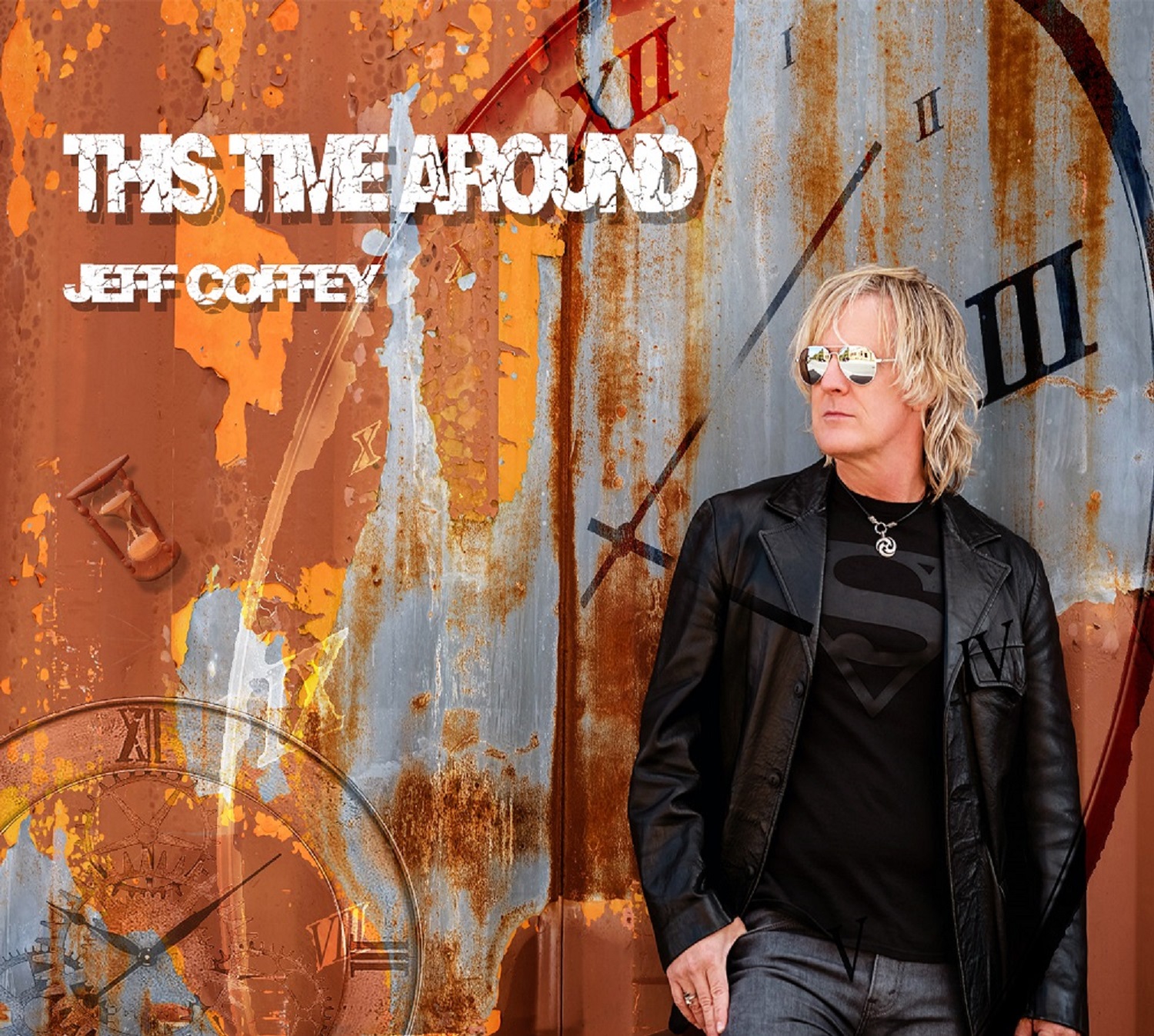 One of the greatest takeaways from Jeff Coffey’s newest albums, This Time Around, is that Coffey sets his listeners up for a wide array of sonic experiences, and he even lays groundwork for songs that are just the right type of songs to get your Saturday night hopping. He has a multi-dimensional sound and covers a few genres in the very impressive This Time Around. With lyrics that paint strong imagery, and just as moving musical bedrocks, Coffey has one of 2021’s best albums on his hands.

And it sounds like he’s just getting started. Coffey, a veteran performer in the studio as well as the concert stage, previously sang lead and played bass guitar with the iconic band Chicago. He’s now the touring bassist for Don Felder, formerly of The Eagles, it’s quickly obvious once you hear his voice in such tracks as “Black and Blue”, “Someday”, “This Time Around” and “Tonight” why those gigs are such a great fit vocally. I think when you dig deeper and listen to songs like “All I Need Is Love” and “Careful What You Wish For” you start to peel away and get a strong sense of Coffey’s range. He’s versatile.

During a time of singles and low attention span, it’s songs like “Record Player” and “Home” that remind music fans of the need to covet music and soak up as much as you can. It’s like keeping a special note from someone in a drawer, only to bring it out to remind you of an inspiration on a day that you need it most. These songs are gifts and Coffey takes those extra steps to make sure the sound is paramount. The backing music is always tight, and one can never escape Coffey’s tenor. He always capitalizes on his talents.

Listening to these songs in order is an ideal setlist for a live concert experience. The energy output goes from rock to country to adult contemporary back to pop rock, throw in some 80s rock and more. Coffey keeps you guessing and on your toes. All these songs have that live band, capturing the live concert experience in the studio vibe. Whatever microphone he’s using must love him. I think he could sing a menu and I’d be all over that jam.

Lyrically he’s just as flexible and far-reaching. He has moments when he says so much with very little, like in “Tonight” and other times he’s more descriptive like in “This Time Around” and the timely “Someday”. I think when it comes down to it, these songs are an extension of an artist that has enjoyed a rock and roll career with many highs – he’s seen it all. He’s also just as comfortable behind a piano or playing the role of a utility band member. If I were in a band, I’d like a guy like Coffey in my stable. He’s got the look, the sound, the work ethic and the talent to keep going far. It’s a wonder he’s not a household name.