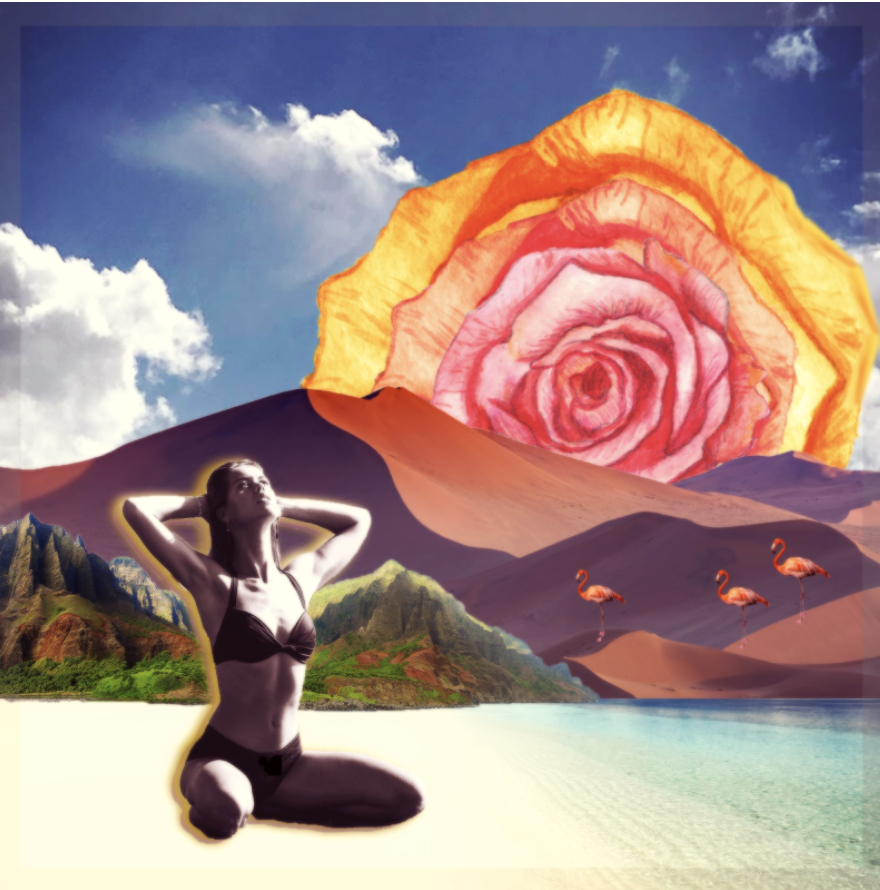 Rose Haze is an indie bedroom-pop band that blends the ethereal with the industrial as imagined by frontwoman Kate Ramsey. Currently based in the Bay Area, she embodies the persona of “Rose” on stage and intertwines spacey vocals with a harp, 70s electric pianos, synths, vintage guitars, and effects pedals. For the last four years, Kate’s been a rolling stone, living across the Midwest, New Orleans, Europe, & Kauai. During that time, Rose Haze wrote and released a series of singles that received critical acclaim from A&R Factory and The Bay Bridged, among others. Now they’ve repackaged the tracks into a cohesive EP called Callipygian Interloper with a new, unreleased video for “Edge of Something” as the featured visual.

The songwriting behind the Callipygian Interloper EP spans a 4-year era during which Kate, the leader of Rose Haze, was searching to find her voice in music and a sense of belonging in an artist community.

The narrative begins with “Edge of Something,” the story of Kate’s time in New Orleans when left her roots in Ohio. She had little money and felt somewhat emotionally unstable and aimless, but she decided to put her all into pursuing her passion for music. Performing solo in the streets all through the night was exciting, but her music did not fit the style of New Orleans. So she held on to her transient mindset and spent a summer in Europe focusing on simply letting the wind move her from foreign place to place working on film and music productions with really no specific goal.

Eventually the wind brought her to Kaua’i where she decided to really remove herself from the chaos of the music industry to really ground into her roots, meditate, heal from various traumas in her youth, and truly go deep into her soul. She completed her second full length album but was writing new material that ended up as “Disco Vampire” and “Vortex.” These two tracks are about her time on the island feeling isolated, working through complex personal issues, and learning how to heal from narcissistic personalities who had taken advantage of her empathic nature.

In 2019, Kate felt ready to share her music as a performer again and moved to the SF bay area with every intention of ending up in Los Angeles. Circumstance kept her in the bay area and she realized that she had found that voice and community she set out for in 2017. After playing a few gigs, Rose Haze was ready to release an EP and go on tour. That was halted by the global lockdown. After considering holding out, Kate decided to release a few of the songs she had ready as singles. This led to a great team effort of working from the “bedroom studio” with Ruben Gonzales, her guitarist and mix engineer. Their rhythm in music and production was on fire, and they went on to release “As If” and “Untouched.”

Each song on the Callipygian Interloper EP has its own story that fits into a lonesome traveler’s journey of finding artistic self, healing traumas, and getting through quarantine. This EP is intended to give the listener that story in one package.The name Callipygian Interloper refers to Kate feeling like an intruder with “well-shaped buttocks” in her own story to find her artistic self on Kaua’i and take that confidence to California to put the band of her dreams together.