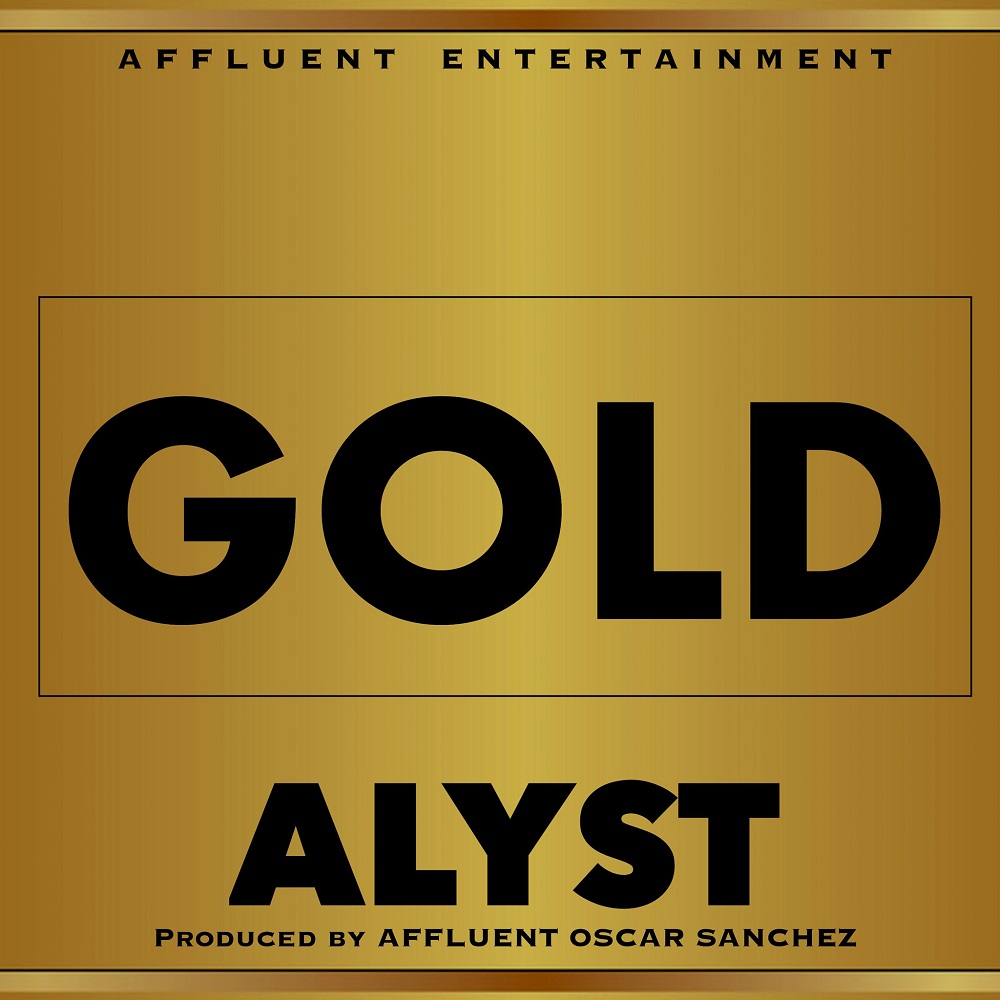 As the beat makes contact with a fleetingly melodic vocal, it quickly becomes clear that the new single “Gold” from Alyst featuring Affluent Oscar Sanchez isn’t a carbon copy of the mainstream model. Instead, this is a delicious combination of trap rhythm and sophisticated, bass-driven pop construction in one neatly-packaged jam session. Rather than trying to do what everyone else has been in 2021 and now 2022, Alyst is sticking to his own script and breaking out some of the more enrapturing grooves of his career to date in “Gold.” Affluent Oscar Sanchez’s touch is definitely worthy of some applause, but without both contributions to this performance, I can’t say whether or not this would feel like the true winter hit it does this January.

The chorus is perhaps the simplest part of “Gold,” which is the only element that the track has in common with the more minimalistic trap and hip-hop coming out of the underground in recent months. There’s not a spot of exaggerated sonic chest-pounding to be found in this single; truthfully, I actually think this could be the most barebones arrangement Alyst has worked with so far, but it’s also, ironically enough, his most melodic. He’s stripping out the bells and whistles to give us some genuine soul at the microphone, which isn’t something most of the rappers in his scene are comfortable experimenting with - even when they’ve got as great a demand to incorporate harmony as this player has in the past year.

Affluent Oscar Sanchez is inarguably a critics’ favorite, and he lives up to expectations once again in “Gold.” Although Alyst is the star of this show, AOS shares the burden of the beat excellently, crafting a space for his counterpart to dominate where he needs to be commanding. Their chemistry is quite attractive to those of us with a higher taste in hip-hop, and I have to wonder what it’s going to produce in a longhand setting where rehearsal and composition are less as vital as skill and raw emotion are. There’s nothing here to indicate that their bond isn’t producing some strong results, and to me, this is probably a highlight for both of their discographies as they stand in the present.

If this is the kind of jam that Alyst is going to make his sound about, you can almost guarantee his time in the underground will be limited in the future. He’s got too much of a mainstream pedigree to stay boxed into an insular rap scene that doesn’t go anywhere but right back to where it started time and time again, and based on the attitude and drive he’s putting forth in “Gold,” I think there’s a decent likelihood that we’re going to see his new album Hits Now Questions Later hit shelves and streaming sites ready to light up a new generation of hip-hop fans who demand just a little more out of their stars than the preceding era of armchair and professional critics alike ever did.