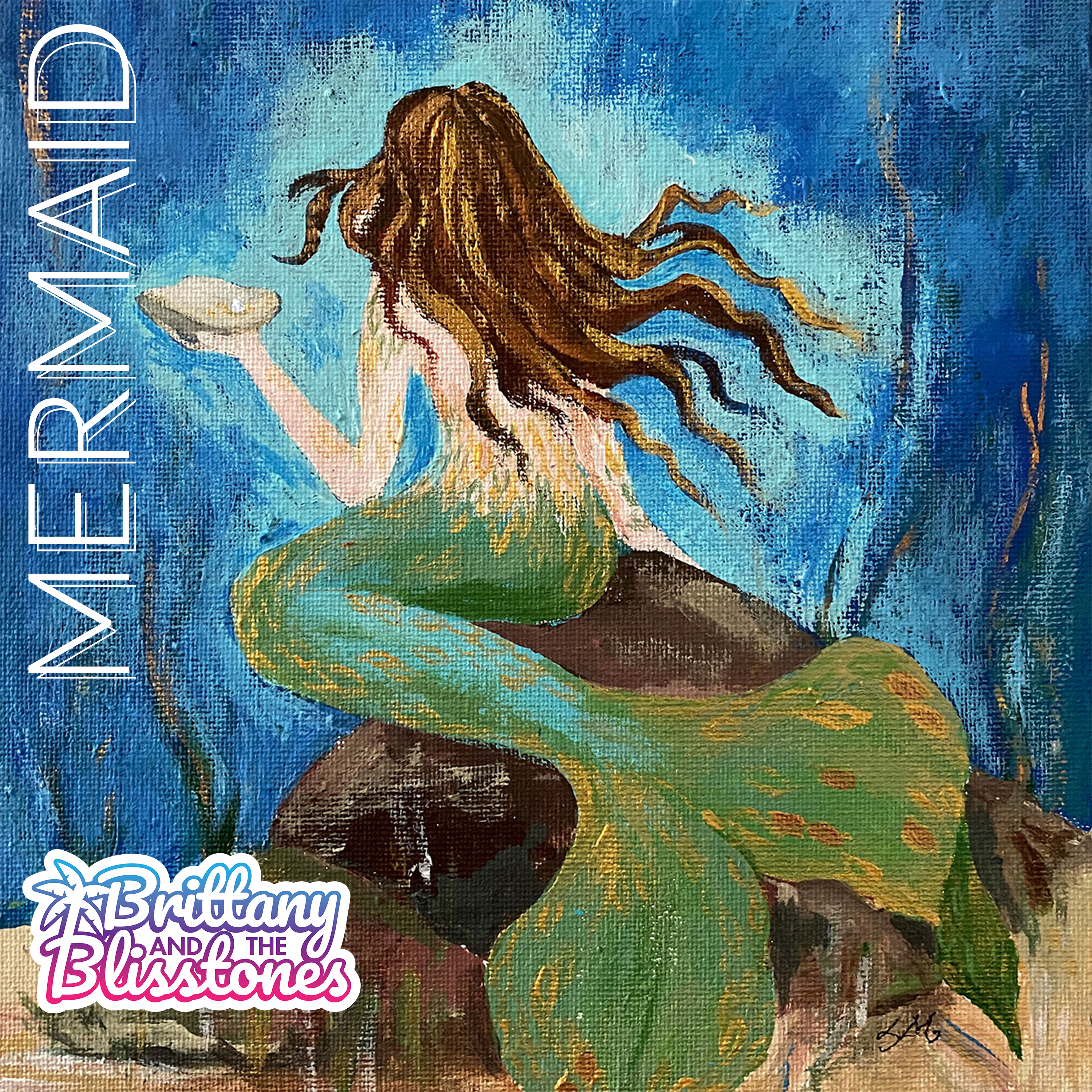 ¨Mermaid¨is the first song that Brittany ever wrote, back in 2018. A song all about nature, the ocean, and a time for reflection on the lessons that life is giving us. Now, ¨Mermaid¨ is to finally be released as the first single from their upcoming EP in May this year.

Brittany and the Blisstones are a duo made up of Brittany Bliss and Reid Givens. And their journey together is all about reinventing oneself, and, maybe more importantly, having a second chance at love. The duo write songs that blend mellow “island pop” with some Latin vibes, reggae rhythm and sultry vocals.

“Mermaid” starts off with a fun and playful introduction, with a Jamaican influence and a distinctive trumpet melody. Brittany sings about a mermaid navigating the vast ocean. Her voice is both light and flirty, but also ethereal and mysterious with a tinge of sadness.

“We recorded the song ourselves. We rented a garage and built a small room inside it to record the live instruments in. We purchased the rest of the gear needed and tracked everything we could ourselves. For instruments we can´t play (trumpet, cello, etc.) we hired musicians from all over the world through the internet to record the parts and send them back to us.”

Their playfulness of how the song was recorded does shine through in the music. There is also a definite longing. “Mermaid” has a kind of nostalgia, of a romantic holiday in Latin America perhaps, now years on, looking back after life has taken its toll. Influences include Vampire Weekend and Ani di Franco.

Brittany and the Blisstones have created an extensive following since starting out in 2018. They have performed at several live venues in their local Chico area as well as further afield. Their upcoming EP has been completely funded by a successful crowdfunding campaign.

We look forward to hearing more from Brittany and the Blisstones.