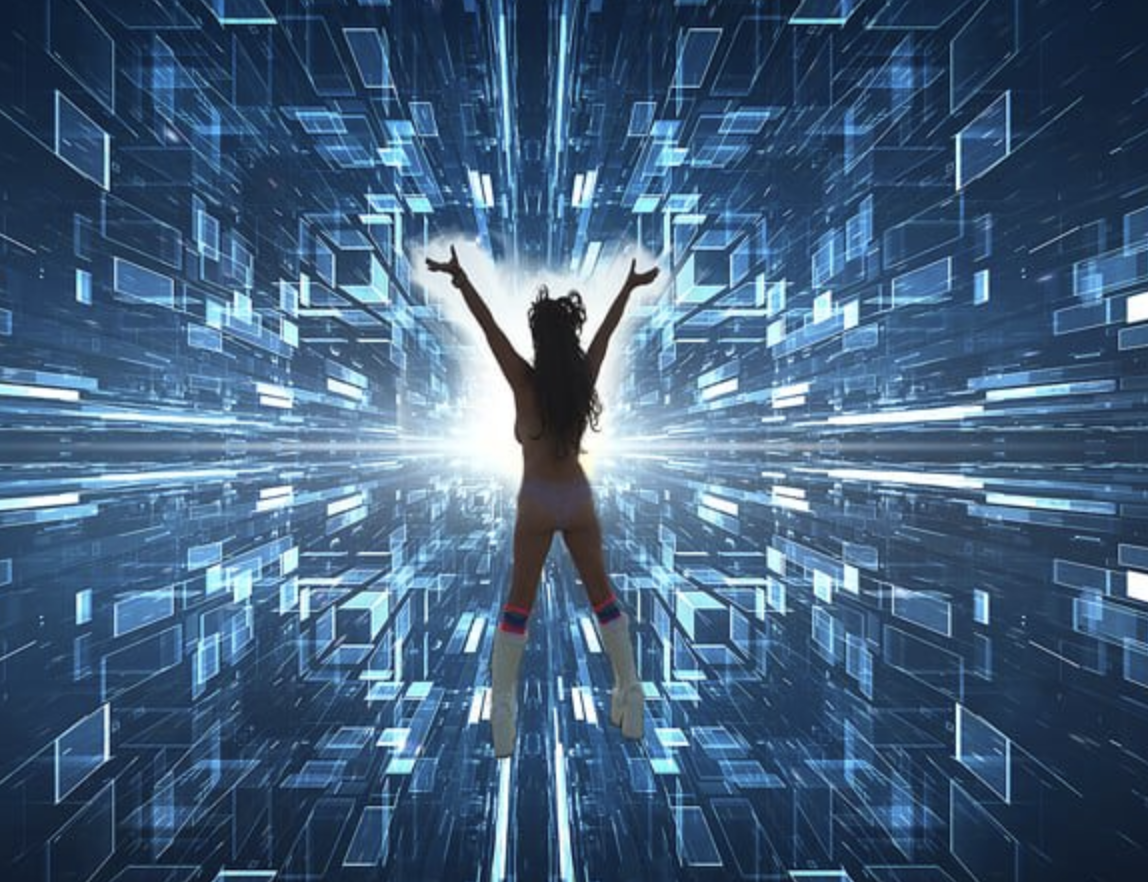 Star Goes Nova rockets us to a futuristic dance rave with her latest release. City of Angels is a space station that is the fantastical pleasure dome of legend. The actual Falcon 9 rocket launch roars us into the midst of a polyrhythmic people whose diversity is celebrated through dubstep drums, intricate instrument layers and chanting. Well known on the Southern California scene as a bassist, Christine Law transformed herself as sound engineer and multi-instrumentalist Star Goes Nova. Working with Grammy producer John Baffa,  Star Goes Nova combines real instruments with electronica and dubstep bass and drums to create epics that are beautiful and powerful. Star Goes Nova melds backgrounds of hardcore bands and orchestra into diverse sonic landscapes and often incorporates the sounds of space.

More widely known on the Southern California scene as a bassist Christine Law, she’s toured and recorded with the famous and the obscure. Her credits include hardcore band Tantrum, Theo Mordey (Jesus Christ Superstar), Charles Law & Jagged, Grammy winner John Baffa and platinum selling songwriters Suzanne Paris and David Holster.Star Goes Nova is an instrumental artist who deeply breathes in universal human experiences and breathes out sound waves that reverberate through all beings. Her intricate music and technicolor visualizers ignite the senses and energize the soul.