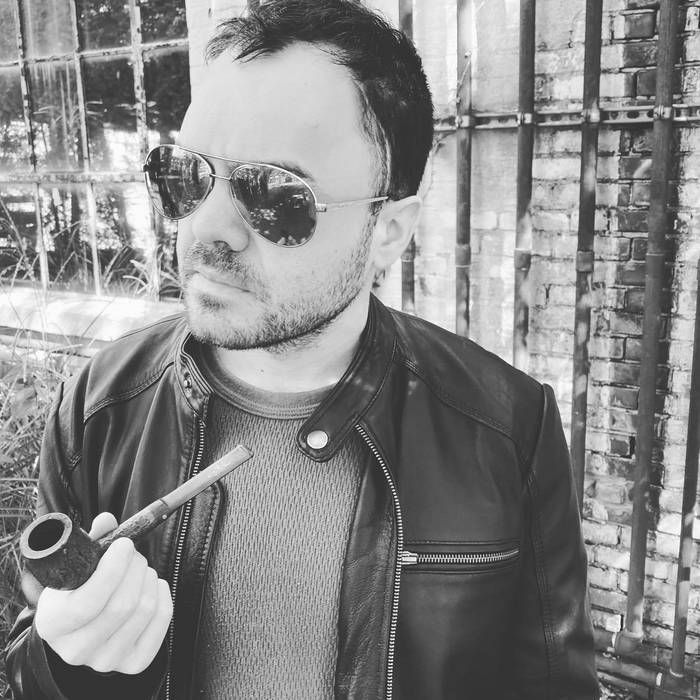 The Rhythm Bullies’ debut single and nominal title track for The Dysnomia EP landed in January 2021 with a near-immediate impact. Its airplay via Nashville’s Lightning 100 and Amazing Radio in the United Kingdom exposed their mix of synths, rock, symphonic, and world music to a wide swath of the listening public. Grammy nominated engineer Bobby Holland mans the producer’s chair for the Bullies, but he isn’t the beating heart of this collection. Singer/guitarist and chief songwriter Sebastian Mogan’s musical art testifies to his will to create. He lives with a genetic disorder called NF2 that results in severe vision and hearing impairment, both providing a formidable obstacle for any musician. You can’t tell. Mogan sets an ambitious songwriting agenda for himself and meets its demands with a rare confluence of skill and passion.

The title track “Dysnomia” opens in a lean and assertive manner. The production sounds a little overdriven, the drums especially, but it comports with the song’s overall character. This is a track intent on closing any distance between the performer and listener. Bass and percussion carry the verses with occasional guitar fills chiming in. Once it hits the chorus, however, Mogan unleashes thrashing chords that transform the track into a wall of sound.

“Escape from Dysnomia” takes The Rhythm Bullies in a different direction. The synthesizer dominated opening transitions into an electronica-laced symphonic structure near the track’s mid-way point. Mogan builds an assortment of movements into this quasi-classical piece but utilizes modern instruments and sounds rather than relying on a traditional approach to the form. Those movements are orchestrated in a way that helps realize their potential. “Escape from Dysnomia” achieves a colorful cinematic quality.

The hypnotic “So Far Away” is a marked shift in gears with its emphasis on acoustic guitar and light vocal effects. Some listeners will enjoy how subtly subversive this track is – it is the closest song on the EP to the mainstream yet Mogan cannot resist undermining that side of its presentation with post-production effects. The fourth track “Theo” is the  second longest cut included on The Dysnomia EP. It initially follows the same musical template as the title song, albeit slowed down, and some memorable lines stand out in his already fine songwriting.

The finale “Through the Glass” is a musical carnival sent askew, an artsy final curtain yet never pretentious thanks to its idiosyncratic nature. It has a steady percussion throughout, but the track is produced in such a way that something sounds off-kilter without ever being able to place your finger on it. The Rhythm Bullies 2021 release The Dysnomia EP offers listeners a tantalizing glimpse of Sebastian Mogan’s songwriting possibilities while illustrating his potential. The words are never ornamental; each of the four lyrics penned for this release make substantial statements and tackle their themes with intelligence and even a smattering of poetic flair. Those who enjoy this brief but powerful release, and there will be many, are sure to be looking forward to any forthcoming full-length effort. His talents are uniquely suited for long form releases.