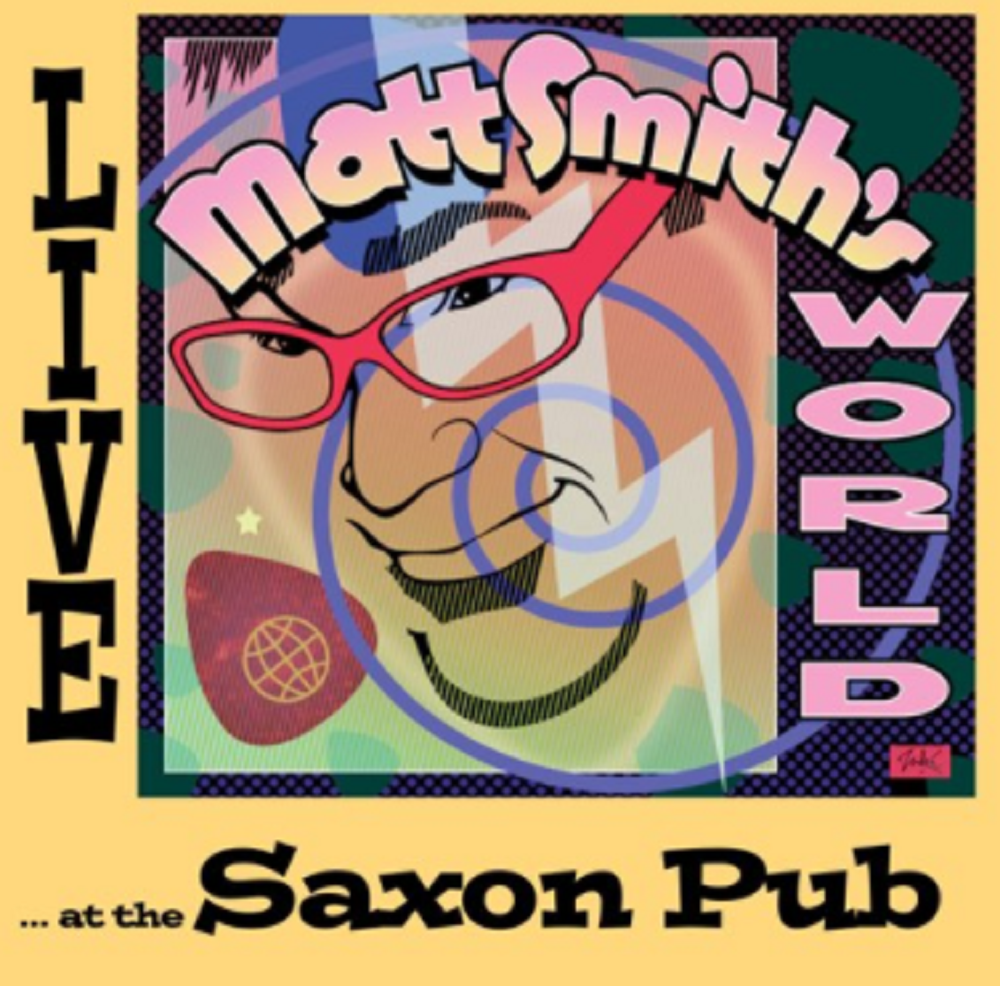 Getting right into the guts of a vibrant crossover jazz jam never sounds like a bad idea when you’ve got the likes of Matt Smith’s World taking over the stage, and in the case of their new album Live at the Saxon Pub, we get to experience this crew’s 2020 live act with as close a clarity as we could ask for without being in the venue with them. From the moment they get us started with “Struggle On,” there’s an energy behind their enthusiasm that instantly gets us connected with the rhythm of the music they’re playing. “Walk the Talk” challenges the players with a bit of complexity to its grooving while “Simple Song” falls back on the familiarity of a charming harmony just long enough to knock our guards down; in this LP, Smith’s main goal is to own the room with his melodic wit (even when he isn’t even in the room with us).

“Dance With Me” and “Six Degrees of Separation” are two different strains of indulgence offered up with equal amounts of moxie on the part of these musicians, but in terms of raw emotionality, there isn’t a song here that can hold a candle to what “Jazzhaus” does. In a track like this, we actually feel the tension the players are working off of as they ascend the composition’s rigid peaks with a seamlessness only possible when everyone is feeling the same artistic vibe. You don’t have to be a longtime Matt Smith follower to appreciate what he’s done with this tracklist, but those who are will likely regard this as his best work yet.

The band’s take on “Love the One You’re With” and “Junkie for Your Love” doesn’t introduce anything new that we didn’t already know about their sound and artistry, but I don’t think that was the point of their presence in this album at all. Instead, they authenticate the consistency of the play and the caliber of the content by showcasing how focused Matt Smith’s World still sound after hammering out the half-dozen songs ahead of them. This record feels like the bread and butter of a blue-collar band if I’ve ever heard it before, and while it’s not particularly postmodern in the style a lot of other much-buzzed releases in 2021 has been, it doesn’t have to be to sound as brilliant as it does.

We cross the finish line in Live at the Saxon Pub with a seductive blues track in “What Will I Do Without You” and a freewheeling listen in “Hot Club of Brooklyn,” and though neither are quite as rambunctious as anything on the first half of the LP is, they push us into the conclusion of the record with as many fireworks as I would want out of the ending to any amazing live performance. It’s been a while since any of us got to experience the intimacy of a true club show, but in Live at the Saxon Pub, Matt Smith and his band give us the next best thing and then some. This is premium listening whether we’re in pandemic times or not, and I think other observers of the underground beat are likely to concur.