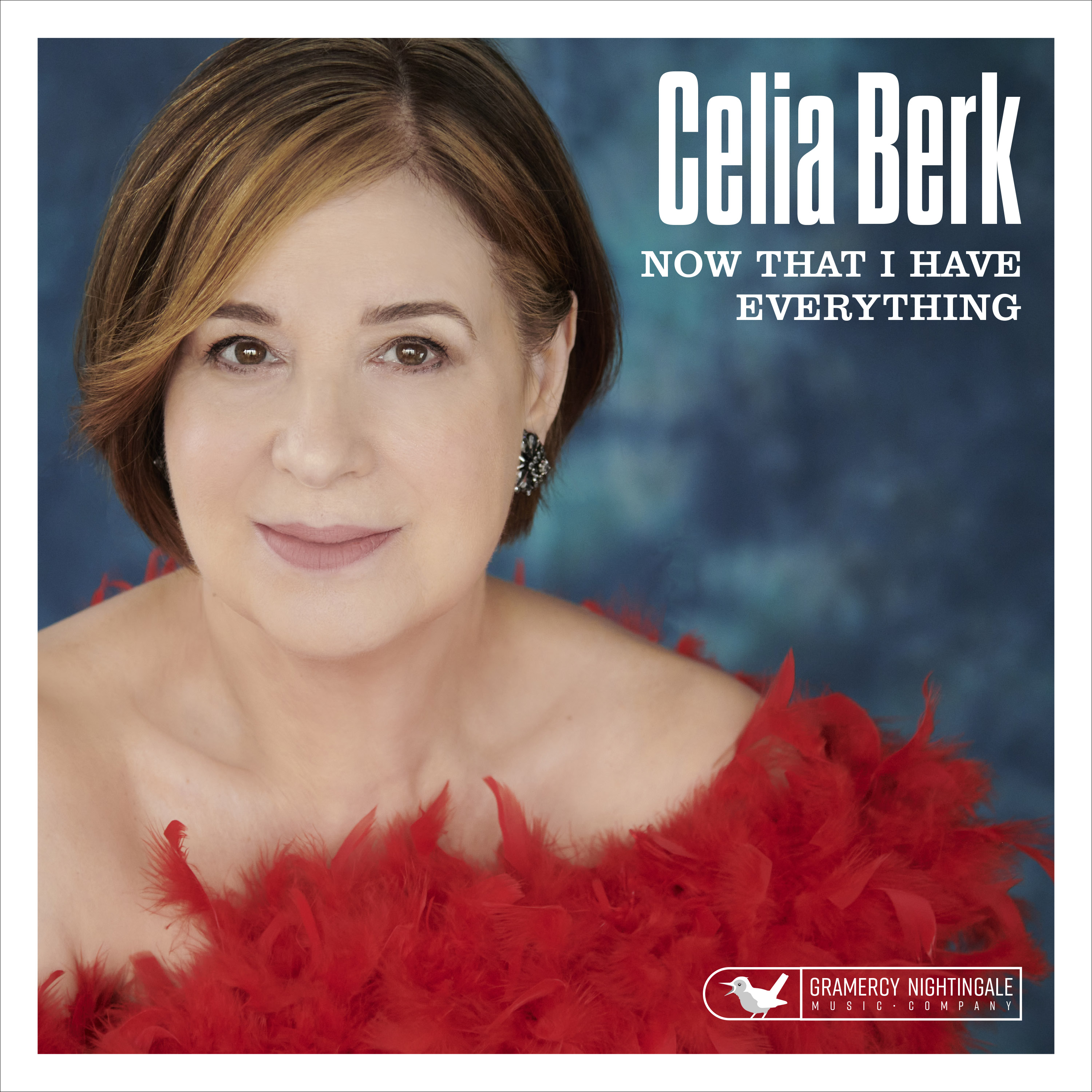 Award winning cabaret artist Celia Berk has released a brand new album, Now That I Have Everything.

This is a vibrant and stunning collection of jazz songs with a timeless sound from the Great American Songbook. From the opening track “How are ya Fixed for Love?” to “Dreamer / The Shadow of your Smile” and “Now That I Have Everything”, Celia Berk shines with her beautifully crafted vocals.

All 13 songs on the album are extremely well presented. You may recognize some of the songs from the likes of Ervin Drake, James van Heusen, and Lee Brown. She even covers Carly Simon's "It Happens Everyday," the only known artist to cover this particular song, and Stevie Wonder's "Overjoyed."

“The story of this album really begins and ends with my friend Debbi Bush Whiting, daughter of Margaret Whiting and granddaughter of Richard Whiting. She had given me recordings of her mother’s appearances on a radio show, including Irving Berlin’s NOW IT CAN BE TOLD. The premise of that song is that the real story of a great romance has yet to be written. As I listened, I asked myself, ‘So what exactly can now be told?’ And then I thought, ‘Oh, I’m going to do an album about love!’ So I set out to find songs about the ways we try – successfully and unsuccessfully – to connect our heart to someone else’s.”

“A year later, Debbi sent me an email with the subject line ‘Now That I Have Everything.’ It said, ‘Ervin Drake… Just was listening to Mom sing this… Thought of you… It’s a beautiful song… I hear you singing it.’ I listened, and it was a true hidden gem by a great songwriter. And her mother’s recording with Hubert “Tex” Arnold was something more than great.”