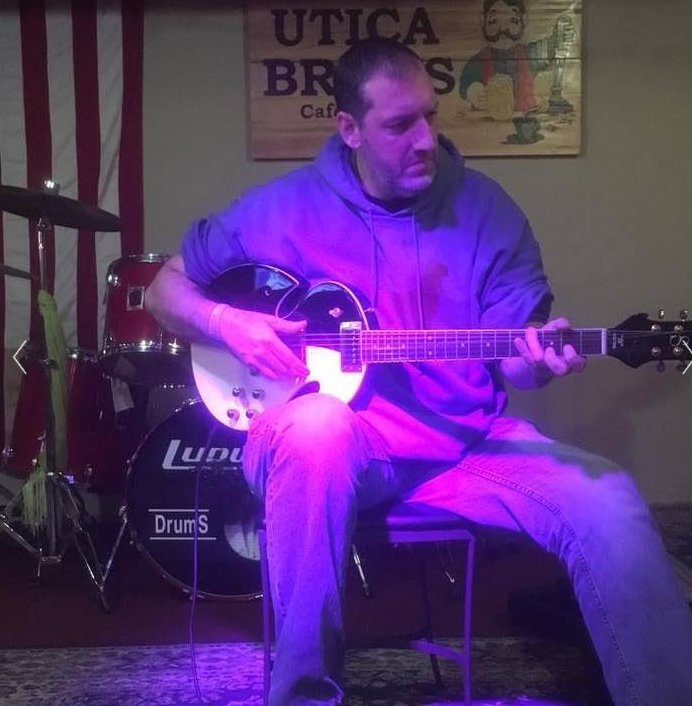 Ian Bouras’ professional musical journey achieved its first high profile success with his tenure as guitarist and songwriter with the early 2000’s outfit AñaVañA. Billboard Magazine named him one of the best independent songwriters working in both 2004 and 2005, but notoriety was never his end-all, be-all. He earned an audio engineering degree and began working on a freelance basis contributing his talents to a wide variety of projects.

One of his most important works during this period, however, is his 2007 solo release A Cure for Reality. Health developments, namely his struggles with the rare neurological affliction Ataxia, reoriented Bouras’ relationship with the guitar in the years following this release. The fourteen track collection has little overt obvious connections with the much more ambient and effects-laden music Bouras produces today. Similarities, however, remain.

His sensibility remains intact. The instrumentals included on A Cure for Reality are driven by a probing and restless intelligence rarely content pursuing a single path. “The Call” introduces listeners to the essential template these songs follow. He plays all the instruments on the release without diluting its sonic variety and leans on a blend of synthesizers, keyboards, and guitar to carry the day.

Percussion is a key part of these songs. Bouras uses pre-programmed drumming during this track and elsewhere without ever allowing the music to sound overly plotted. “The Call” and “Latte” certainly owe strong debts to reggae and/or Caribbean music, but it never sounds like craven cultural approximation. “Afro” burns at a low simmer from the outset and has a moodier tenor than the earlier cuts. There’s a wiry tension crackling from Bouras’ guitar lines that adds a sense of stakes otherwise missing from earlier songs.

His title song for the release explores electronic vistas much more than guitar. You can’t help but notice and admire his skill for orchestrating the song’s various strands without ever fumbling its momentum. “Nip” is, arguably, the most experimental moment on the album. He allows his predilections for electronica to completely take over but it’s never an overwhelming experience. Bouras’ considered threading of the song’s arrangement gives this track quite a wallop.

There’s a recurring aquatic motif in these songs that contributes to the album’s overall theme. A Cure for Reality’s overall unity leaps out at you even after a single listen and songs such as “Frustrated” are illustrative of the collection’s character. Undeniable glimpses of theatrical inspiration comes through in moments such as the introduction for “Messy”, but it’s merely another a bit of extra pizzaz added to the package rather than a definite change of direction. These sorts of touches provide a darker undercurrent without changing the character of Bouras’ music. “SD” ends the album with more of the same and shares many of the same songwriting inclinations. He resists any temptation for an extended finale. It’s a decision well in keeping with A Cure for Reality’s creative philosophy without ever closing things on a pretentious note. This is a release casual listeners and those who enjoy a challenge will be satisfied with.